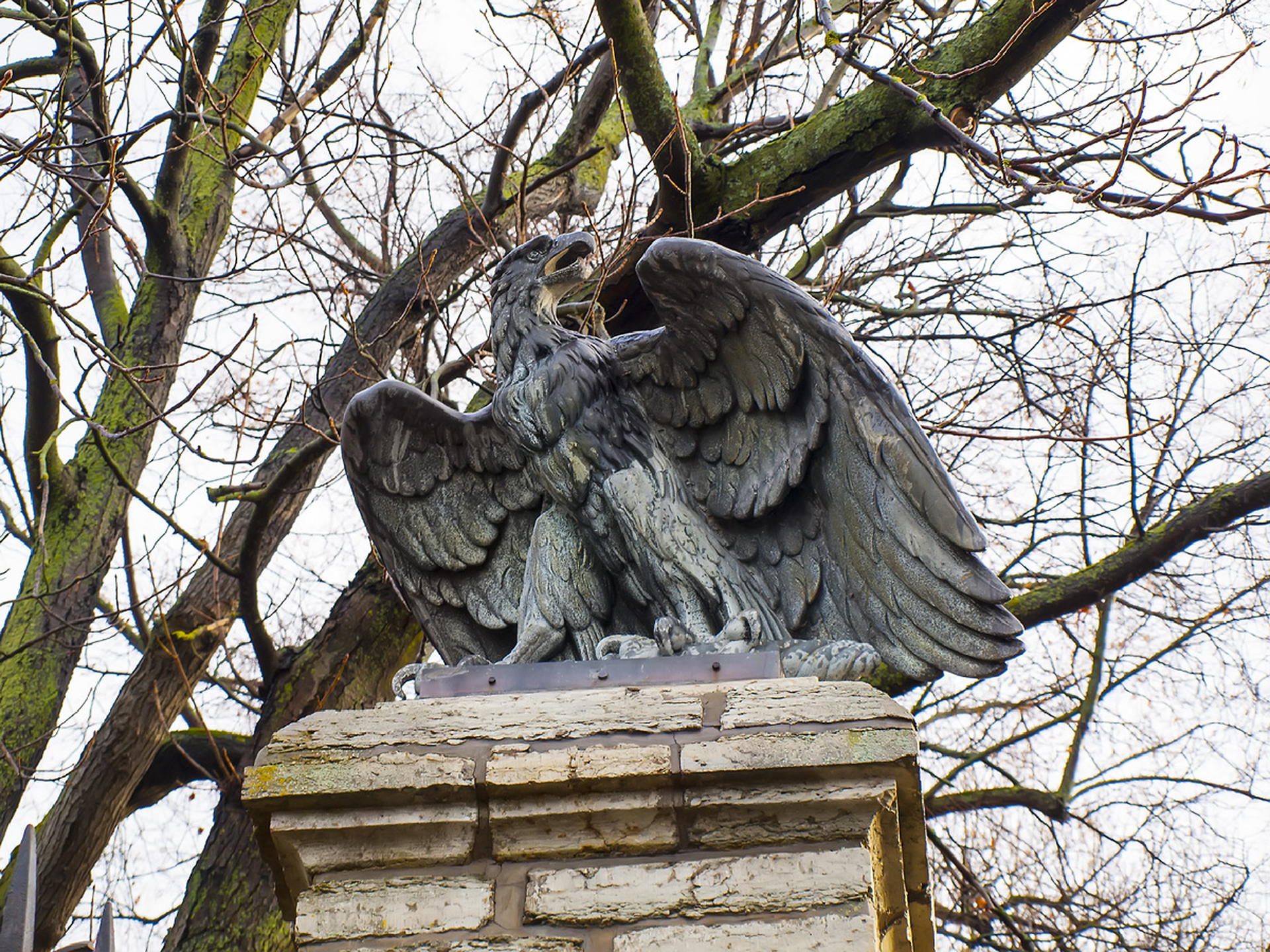 In ancient times, the mountain of Maryamamagi was named Stritberg (on the Este. Riiumägi-“The Mountain of Discord”) in memory of what happened here in the years of the Livonian War skirmish between the townspeople and the Russian detachment. In the 19th century on the hill is located sugar factory Clemens, who worked on raw materials from Brazil, later here produced starch and alcohol industrialist Roterman, and in 1869 year there was a fire and production history on this ended.

In the 70s of the 19th century the site was acquired by St. Petersburg aristocrat Count Anatoly Orlov-Davydov, who was a relative of the female line of the famous noble family. His ancestor was Novgorod Governor Gregory Ivanovich Orlov, who had five sons.

Catherine II in gratitude for the assistance in the palace coup erected Orlov in Graphan dignity. By the middle of the 19th century there were no descendants on the male line in the genus, and that the genus was not pressed, the title was passed on the women’s line to Vladimir Petrovich Davydovu, who annexed the surname of Orlov to his surname. The son of Vladimir-Anatoly and has bought a site on coast of the Baltic Sea.

The construction was commissioned by the German architect Robert Gedike. So the palace was born in the style of historicism. Instead of the factory pipes there were turrets, the gates were decorated with sculptures of eagles, and a staircase came down to the sea, there was a park with flowerbeds. All this magnificence of the count has devoted to the wife and daughters, both were called as Maryki and named Manor Marienberg-Mountain Maria (in Estonian-Mariamagi).

After the revolution the family emigrated to France and the Palace performed different functions: there was a consulate of Holland, hotel-restaurant, aviation school in the years of the Republic of Estonia, barracks for servicemen during the Soviet period.

In 1975, the mansion was handed over to the Estonian Historical Museum, which belongs to the present year. Here was filmed one of the episodes of the cult film about Sherlock Holmes and Dr. Watson. From here you can enjoy a magnificent view of the old town by the sea.

– Comrade Lenin. This three-metre monument originates from the city of Tartu. He stood before the Estonian Agricultural Academy. This is the first monument to the chief, made by Estonian sculptors. was established in 1952. It was filmed in 1990.

– Comrade Stalin. Until 1953, Stalin’s monument stood near the Baltic railway station. After the revelation of the cult of personality was dismantled. Later on the same was erected a monument to the December armed uprising of 1924, which was also dismantled.