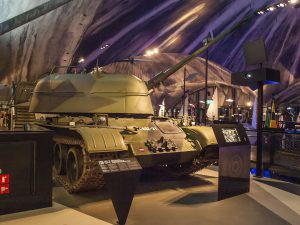 In May 2012 in Tallinn was opened the most interesting Museum-lennusadam (summer harbor), whose exposition is called “ocean of adventure”. On this excursion we will get acquainted with the unique hangars, which were built under the decree of Nicholas II in 1916 -1917, and see how the real submarine, what the seaplane looks like, learn a lot of amazing stories related to the sea, Plunge into the sea abyss on the yellow submarine, you can feel like a real pilot, controlling the plane and zenitchikom, knocking down enemy Bombers. The necessity of acquiring submarines was justified in the same way that they allowed to solve several military-strategic tasks at once… It was alleged that the submarines were “weapons of small states” which suited those poor states that could not afford large battleships, cruisers, aircraft carriers to protect their maritime borders… Two submarines were built in the UK by order of the Estonian Government. On March 12, 1937 the solemn transfer of the submarine “kalev” to the Estonian side took place, and on May 14, 1937 on the submarine “lembit” raised the flag of estonia… Submarine “lembit” during World War II won three victories, the fate of the second submarine is not exactly known, suggest that it… During the navigational period of 1954, training launches of torpedoes, cannonballs shooting and staging of mines were held on the submarine for the last time… Valuable exhibit of the Estonian Maritime Museum is the icebreaker “suur tõll”, which is now moored in the summer harbor near the walls of the museum, and is the largest surviving steam icebreaker in the World. in 1912, the tsarist government of Russia was A competition for the creation of an icebreaker for the Estonian Baltic coast was Announced. The cost of the project was 970 310 rubles-of course huge for those times the Amount. To date, ‘ ‘ Suur area ‘ ‘ is one of the three surviving steam icebreakers in northern Europe. The oldest of Them-finnish ‘ ‘ Tarmo ‘ ‘, built in 1907, and the Youngest-swedish “Sankt Erik”, which was ready in 1915. Our “Suur area”, built in 1914, in this three is the largest and most powerful and best preserved in its original form a steam icebreaker. Technical Data: The excursion will be interesting and informative for both adults and Children. Sightseeing: Real submarine “lembit”, seaplane, samples of military equipment, various virtual tours Tour Duration: 1.5 hours Price: 40 EUR (+ entrance Ticket) Optional: Children 0 – 8 years old visit the museum for free! * Various changes and arrangements are possible * Back to “excursions”